Day of Pentecost – Year A

When it was evening on that day, the first day of the week, and the doors of the house where the disciples had met were locked for fear of the Jews, Jesus came and stood among them and said, “Peace be with you.” After he said this, he showed them his hands and his side. Then the disciples rejoiced when they saw the Lord. Jesus said to them again, “Peace be with you. As the Father has sent me, so I send you.” When he had said this, he breathed on them and said to them, “Receive the Holy Spirit. If you forgive the sins of any, they are forgiven them; if you retain the sins of any, they are retained.”

On the last day of the festival, the great day, while Jesus was standing there, he cried out, “Let anyone who is thirsty come to me, and let the one who believes in me drink. As the scripture has said, ‘Out of the believer’s heart shall flow rivers of living water.’” Now he said this about the Spirit, which believers in him were to receive; for as yet there was no Spirit, because Jesus was not yet glorified.

For all who are led by the Spirit of God are children of God. For you did not receive a spirit of slavery to fall back into fear, but you have received a spirit of adoption. When we cry, “Abba! Father!” it is that very Spirit bearing witness with our spirit that we are children of God, and if children, then heirs, heirs of God and joint heirs with Christ–if, in fact, we suffer with him so that we may also be glorified with him. 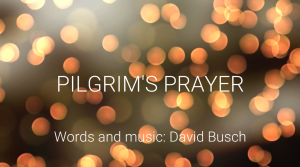 104:24 O LORD, how manifold are your works! In wisdom you have made them all; the earth is full of your creatures … 29-31 When you hide your face, they are dismayed; when you take away their breath, they die and return to their dust.  When you send forth your spirit, they are created; and you renew the face of the ground. May the glory of the LORD endure forever; may the LORD rejoice in his works–

1-4  When the day of Pentecost had come, they were all together in one place. And suddenly from heaven there came a sound like the rush of a violent wind, and it filled the entire house where they were sitting.  Divided tongues, as of fire, appeared among them, and a tongue rested on each of them. All of them were filled with the Holy Spirit and began to speak in other languages, as the Spirit gave them ability.

So Moses went out and told the people the words of the Lord; and he gathered seventy elders of the people, and placed them all around the tent. Then the Lord came down in the cloud and spoke to him, and took some of the spirit that was on him and put it on the seventy elders; and when the spirit rested upon them, they prophesied. But they did not do so again. Two men remained in the camp, one named Eldad, and the other named Medad, and the spirit rested on them; they were among those registered, but they had not gone out to the tent, and so they prophesied in the camp. And a young man ran and told Moses, “Eldad and Medad are prophesying in the camp.” And Joshua son of Nun, the assistant of Moses, one of his chosen men, said, “My lord Moses, stop them!” But Moses said to him, “Are you jealous for my sake? Would that all the Lord’s people were prophets, and that the Lord would put his spirit on them!” And Moses and the elders of Israel returned to the camp.