please note: these archival pages will be continually under construction. The selections have been published in earlier Together to Celebrate pages.
My hope is that the songs suggested will assist you in your preparations.

2-4 To the church of God that is in Corinth, to those who are sanctified in Christ Jesus, called to be saints, together with all those who in every place call on the name of our Lord Jesus Christ, both their Lord and ours:  Grace to you and peace from God our Father and the Lord Jesus Christ.  I give thanks to my God always for you because of the grace of God that has been given you in Christ Jesus …

1:4-9  I give thanks to my God always for you because of the grace of God that has been given you in Christ Jesus, for in every way you have been enriched in him, in speech and knowledge of every kind– just as the testimony of Christ has been strengthened among you–  so that you are not lacking in any spiritual gift as you wait for the revealing of our Lord Jesus Christ.  He will also strengthen you to the end, so that you may be blameless on the day of our Lord Jesus Christ.  God is faithful; by him you were called into the fellowship of his Son, Jesus Christ our Lord.

18 For the message about the cross is foolishness to those who are perishing, but to us who are being saved it is the power of God. 22-25  For Jews demand signs and Greeks desire wisdom,  but we proclaim Christ crucified, a stumbling block to Jews and foolishness to Gentiles,  but to those who are the called, both Jews and Greeks, Christ the power of God and the wisdom of God.  For God’s foolishness is wiser than human wisdom, and God’s weakness is stronger than human strength.

18-24 For the message about the cross is foolishness to those who are perishing, but to us who are being saved it is the power of God.  For it is written, “I will destroy the wisdom of the wise, and the discernment of the discerning I will thwart.”  Where is the one who is wise? Where is the scribe? Where is the debater of this age? Has not God made foolish the wisdom of the world?  For since, in the wisdom of God, the world did not know God through wisdom, God decided, through the foolishness of our proclamation, to save those who believe.  For Jews demand signs and Greeks desire wisdom,  but we proclaim Christ crucified, a stumbling block to Jews and foolishness to Gentiles,  but to those who are the called, both Jews and Greeks, Christ the power of God and the wisdom of God.

1-5, 9-10 When I came to you, brothers and sisters, I did not come proclaiming the mystery of God to you in lofty words or wisdom. For I decided to know nothing among you except Jesus Christ, and him crucified. And I came to you in weakness and in fear and in much trembling. My speech and my proclamation were not with plausible words of wisdom, but with a demonstration of the Spirit and of power, so that your faith might rest not on human wisdom but on the power of God.

But, as it is written, “What no eye has seen, nor ear heard, nor the human heart conceived, what God has prepared for those who love him”— these things God has revealed to us through the Spirit; for the Spirit searches everything, even the depths of God.

5-9 What then is Apollos? What is Paul? Servants through whom you came to believe, as the Lord assigned to each. I planted, Apollos watered, but God gave the growth. So neither the one who plants nor the one who waters is anything, but only God who gives the growth. The one who plants and the one who waters have a common purpose, and each will receive wages according to the labor of each. For we are God’s servants, working together; you are God’s field, God’s building.

10-11 According to the grace of God given to me, like a skilled master builder I laid a foundation, and someone else is building on it. Each builder must choose with care how to build on it.

16-23 Do you not know that you are God’s temple and that God’s Spirit dwells in you? If anyone destroys God’s temple, God will destroy that person. For God’s temple is holy, and you are that temple. Do not deceive yourselves. If you think that you are wise in this age, you should become fools so that you may become wise. For the wisdom of this world is foolishness with God. For it is written, “He catches the wise in their craftiness,” and again, “The Lord knows the thoughts of the wise, that they are futile.” So let no one boast about human leaders. For all things are yours, whether Paul or Apollos or Cephas or the world or life or death or the present or the future—all belong to you, and you belong to Christ, and Christ belongs to God.

6:15-20  Do you not know that your bodies are members of Christ? Should I therefore take the members of Christ and make them members of a prostitute? Never!  Do you not know that whoever is united to a prostitute becomes one body with her? For it is said, “The two shall be one flesh.”  But anyone united to the Lord becomes one spirit with him.  Shun fornication! Every sin that a person commits is outside the body; but the fornicator sins against the body itself. Or do you not know that your body is a temple of the Holy Spirit within you, which you have from God, and that you are not your own?  For you were bought with a price; therefore glorify God in your body

8:5-6  Indeed, even though there may be so-called gods in heaven or on earth–as in fact there are many gods and many lords– yet for us there is one God, the Father, from whom are all things and for whom we exist, and one Lord, Jesus Christ, through whom are all things and through whom we exist.But when you thus sin against members of your family, and wound their conscience when it is weak, you sin against Christ. Therefore, if food is a cause of their falling, I will never eat meat, so that I may not cause one of them to fall.

Do you not know that in a race the runners all compete, but only one receives the prize? Run in such a way that you may win it. Athletes exercise self-control in all things; they do it to receive a perishable wreath, but we an imperishable one. So I do not run aimlessly, nor do I box as though beating the air; but I punish my body and enslave it, so that after proclaiming to others I myself should not be disqualified.

12-13 So if you think you are standing, watch out that you do not fall. No testing has overtaken you that is not common to everyone. God is faithful, and he will not let you be tested beyond your strength, but with the testing he will also provide the way out so that you may be able to endure it.

12-18  For just as the body is one and has many members, and all the members of the body, though many, are one body, so it is with Christ.  For in the one Spirit we were all baptized into one body–Jews or Greeks, slaves or free–and we were all made to drink of one Spirit.  Indeed, the body does not consist of one member but of many.  If the foot would say, “Because I am not a hand, I do not belong to the body,” that would not make it any less a part of the body.

1-4  If I speak in the tongues of mortals and of angels, but do not have love, I am a noisy gong or a clanging cymbal. And if I have prophetic powers, and understand all mysteries and all knowledge, and if I have all faith, so as to remove mountains, but do not have love, I am nothing. If I give away all my possessions, and if I hand over my body so that I may boast, but do not have love, I gain nothing. Love is patient; love is kind; love is not envious or boastful or arrogant … 11-13  When I was a child, I spoke like a child, I thought like a child, I reasoned like a child; when I became an adult, I put an end to childish ways. For now we see in a mirror, dimly, but then we will see face to face. Now I know only in part; then I will know fully, even as I have been fully known. And now faith, hope, and love abide, these three; and the greatest of these is love.

1-6  Now I would remind you, brothers and sisters, of the good news that I proclaimed to you, which you in turn received, in which also you stand, through which also you are being saved, if you hold firmly to the message that I proclaimed to you–unless you have come to believe in vain. For I handed on to you as of first importance what I in turn had received: that Christ died for our sins in accordance with the scriptures, and that he was buried, and that he was raised on the third day in accordance with the scriptures, and that he appeared to Cephas, then to the twelve. Then he appeared to more than five hundred brothers and sisters at one time, most of whom are still alive, though some have died. 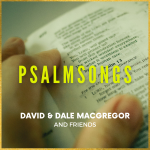