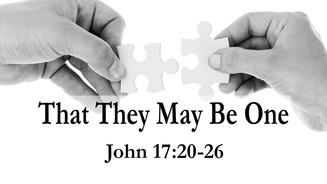 … “I have made your name known to those whom you gave me from the world. They were yours, and you gave them to me, and they have kept your word. Now they know that everything you have given me is from you; for the words that you gave to me I have given to them, and they have received them and know in truth that I came from you; and they have believed that you sent me.
I am asking on their behalf; I am not asking on behalf of the world, but on behalf of those whom you gave me, because they are yours. All mine are yours, and yours are mine; and I have been glorified in them. And now I am no longer in the world, but they are in the world, and I am coming to you. Holy Father, protect them in your name that you have given me, so that they may be one, as we are one.

4:12-14 Beloved, do not be surprised at the fiery ordeal that is taking place among you to test you, as though something strange were happening to you. But rejoice insofar as you are sharing Christ’s sufferings, so that you may also be glad and shout for joy when his glory is revealed. If you are reviled for the name of Christ, you are blessed, because the spirit of glory, which is the Spirit of God, is resting on you. 5:6-7 Humble yourselves therefore under the mighty hand of God, so that he may exalt you in due time. Cast all your anxiety on him, because he cares for you.

1-4 Let God rise up, let his enemies be scattered; let those who hate him flee before him. As smoke is driven away, so drive them away; as wax melts before the fire, let the wicked perish before God. But let the righteous be joyful; let them exult before God; let them be jubilant with joy. Sing to God, sing praises to his name; lift up a song to him who rides upon the clouds–his name is the LORD– be exultant before him.

6-14 So when they had come together, they asked him, “Lord, is this the time when you will restore the kingdom to Israel?” He replied, “It is not for you to know the times or periods that the Father has set by his own authority. But you will receive power when the Holy Spirit has come upon you; and you will be my witnesses in Jerusalem, in all Judea and Samaria, and to the ends of the earth.” When he had said this, as they were watching, he was lifted up, and a cloud took him out of their sight.